The building on 26 Bulvarna-Kudryavska street in Kiev was built in 1895 (project by engineer A. A. Belelubsky) at the initiative of the Kiev Society for the Promotion of Primary Education. The specified Society is one of the oldest Kiev public institutions, founded in 1882. It was the first "People's Auditorium", which played a significant role in the fight against illiteracy of ordinary people in Kiev.

Probably in 1902 (this is indicated by dating on the facade) or in 1909, according to the project of architect V.N. Rykov, the building was rebuilt in the Neo-Renaissance style. Interestingly, the changes affected not only the appearance. The area of the premises was significantly increased towards the courtyard, the layout was changed.

By attaching premises, mentioned above Society sought to expand its ability to provide education to low-income groups. Conducted readings and lectures on a voluntary basis for adults and children. Literary and musical evenings were held. The official name of the owner appeared on the frieze, and the facade acquired that particular look with a lion’s head above the front door.

Within the walls of the “People’s Auditorium”, evening concerts were organized by Nikolai Lysenko, students of the Music and Drama School as well as the class of the professor of singing A.F. Mishuga.

In 1918, in the premises of the “People's Auditorium”, the teacher of the music and drama school L. Lukyanova organized a youth drama theater. In 1930 the building was transferred to the Club of the Union of Railway Workers.

Design Institute «Hiprotsyvilprombud» moved to this building at the beginning of the 60th. 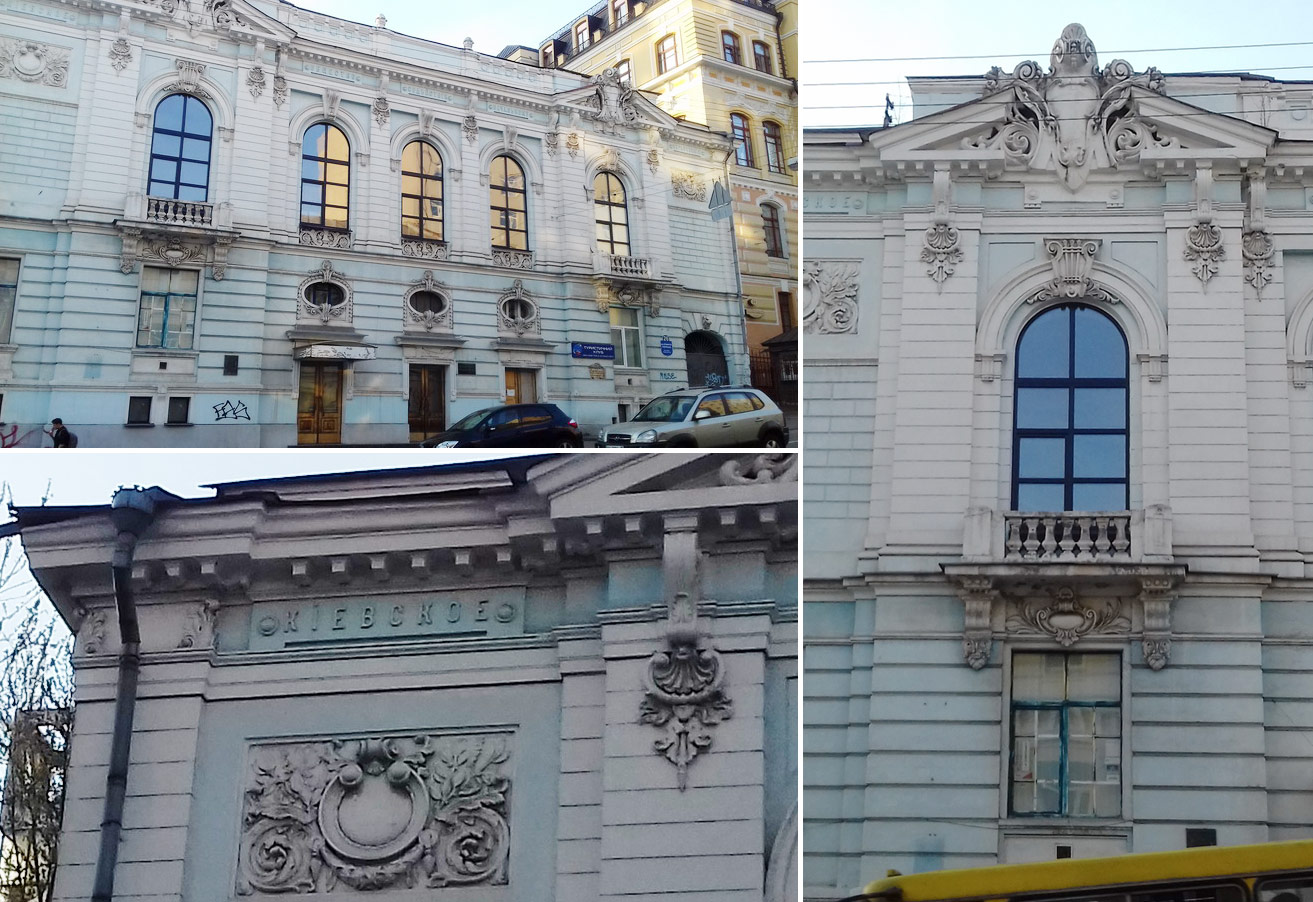